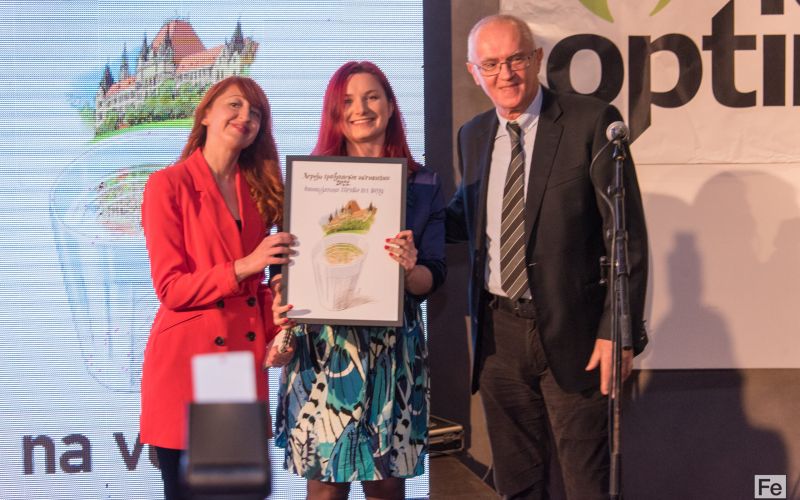 Right to Water receives the “Heroes of Civic Activism 2022” award

On the occasion of the international Human Rights Day, The Right to Water initiative received the Heroes of Civic Activism award for their devoted work on environmental issues and human rights in 2022 in Serbia.

The annual award was jointly presented by the organizations Civic Initiatives and the New Optimism on the 10th of December, symbolically in Zrenjanin, the city that has had toxic water for more than 18 years. The special ceremony took place the next day, during the concert performance of Darko Rundek, an internationally renowned artist, himself an environmentalist, in Novi Sad, where they together, once again, used the floor to support fellow local activists.

The Right to Water initiative is the pioneer civic society group active in the field of water commons protection and safe water accessibility in Serbia. Launched four years ago it remains to balance the policy think-tank, public advocacy; and grass-roots and direct activism, always developing according to the needs of Serbian society and nature.

Today it is a platform leading, connecting and supporting struggles for water commons and related environmental issues both in the country, and the region. Facilitated by the Organisation for Political Ecology – Polekol, the Right to Water initiative provides motivation, advice, field presence and support to various civic initiatives and organizations. It is the founding member of the Women for Nature network active in Serbia,  the “Let’s defend the Balkan Rivers” regional alliance for the protection of rivers, and a member of the European Water Movement.

In Zrenjanin Iva Marković and Žaklina Živković, members of the core team who received the award, asked the representatives of a number of local water-focused environmental initiatives to join them on stage. In Novi Sad they shouted out for the activists from Šodroš camp who are defending nature at the Danube river bank with their own bodies, guarding the last floodplain forest in the capital of Vojvodina province from being destroyed by urban development.

“We are fighting for the right to water, which is recognised by the UN, but not Serbia, and which our country brutally violates every day”, stated Iva Marković. She reminded the public that in Zrenjanin alone tap water has been poisoned with arsenic for at least eighteen years, that wastewater in Serbia is largely unregulated, and that the right to water encompasses the right for the rivers to run free and clean. Žaklina Živković extended the initiative’s gratitude from receiving the award, towards all individuals and movements who are taking part in the fight for the living environment and nature in Serbia and the Balkan region.

On both occasions, the Right to water representatives stated that the initiative still has a lot to do with the human right to a safe environment in Serbia and doesn’t plan on stopping: “We have just begun!”